And Suddenly, It Was All Worth It 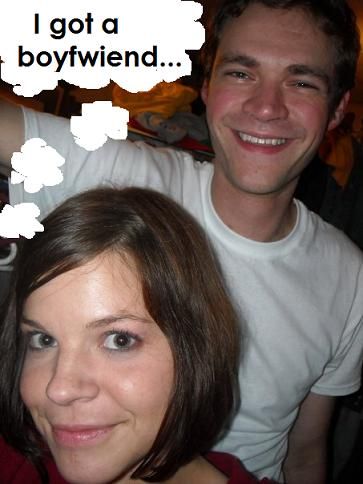 Yup. He’s the cutest ever! 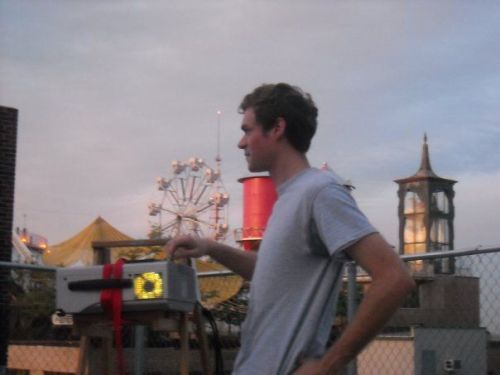 He’s just as magical as that picture would lead you to believe, if not more so.

I mean, he makes movies with puppets. He sleeps in a loft that he built; it looks like a treehouse and there’s a ramp for his cat Chauncey. I told him I sleep better when I’m cold and he built a shelf for a fan. He has a TV club where we watch treasures like The Boy Who Could Fly on his roof. He writes me cute emails that start with “Hey special buddy!”

He asked me on a date the night that we broke into Webster’s film studies theater to watch our mutual favorite movie, The Room. He made me a mix tape with awesomeness like Yo La Tengo’s “Don’t Have To Be So Sad”, Donovan’s “Hi It’s Been A Long Time”, and Daniel Johnston’s “I Live For Love”. He has the best taste in music of anyone I know.

One night at the Botanical Gardens, I was whining about the lack of cheese and – miles away – he texted me with, “Wanna come over tomorrow? I’ll make nachos!” He cooks kickass breakfasts for me. I told him that I love fried alligator and you guys he gave me a giant chocolate alligator: 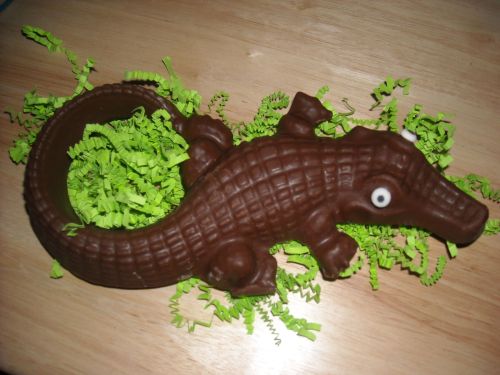 He volunteered to help me paint my room and I didn’t even ask. After we finished the first coat, we went outside to the backyard to eat Elicia’s pizza and watch the meteor shower. We were laying in zoysia surrounded by a packed alleyway of South City backyards and garages, drinking cheap beer and watching airplanes like old city folks. And then: shooting stars. Goo goo eyes. The talk. The works. 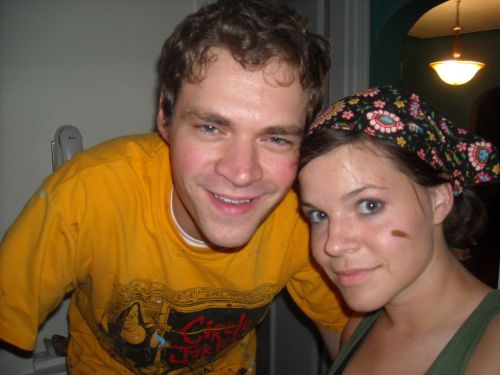 This is a good one. And so far, honestly I mean it, the best one. Normally I don’t write about stuff like this (I mean, how often do I have good things to say about boys??) and I try to never spill private beans. But this isn’t even half of it. This isn’t even the tip of the iceberg. Every day he does something new and amazing and I honestly can’t believe it. He acts equally amazed and fascinated by me. And whether this is real or some sort of daydream or a cruel joke that fate is playing on me, I want to remember it forever.

9 responses to “And Suddenly, It Was All Worth It”