Nothing But Sincerity As Far As The Eye Can See … 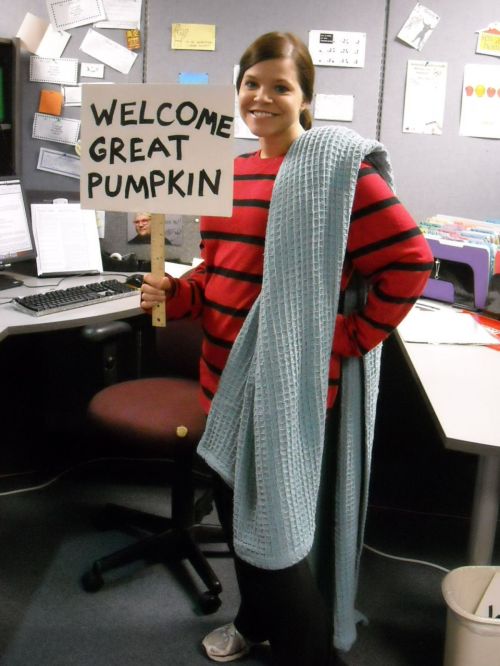 The other night, Justin and I carved a pumpkin. When I stood up after kneeling for so long, I yelled from the pain.

Later as we watched TV, I asked, “Will you still like me when I have creaky old people joints?”

“Of course I will!” he exclaimed.

Then in the sweetest, sing-songy whisper, he added, “It means you can’t run away from me.”

I lost my phone during a monsoon and this Pumpkin Head Dance is the only thing keeping me sane.

Most importantly, “Pumpkin Head” reminds me of “Puppet Head”… I was friends with Francis for about a year before I realized that he was Puppet Head Frank. Pretty much the best thing you can realize about a friend.

The Biggest Badass I Know

Enjoying the hell out of a Jimmy John’s that his best friend smuggled through the door. 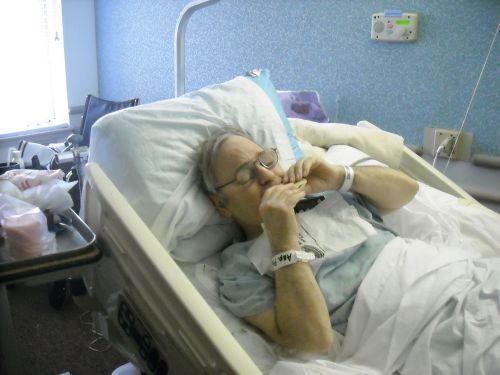 Filed under Sam I Am

Are You Ready For Some Football?

Stephie: “Did someone say scientology scandal?!?!”

Okay so Charlie and I need everyone to just LAY OFF ME today.

He’s actually sitting on my shoulder in this picture. He used to insist on this every morning while I was at the computer. If I didn’t let him, he would try anyway and didn’t care if he fell off the couch in the process. Hey, why am I telling you a story? I’m cranky! Leave me alone! 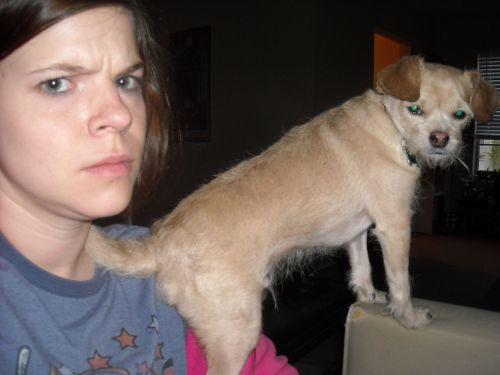 (If I had to guess who looks better – me in that picture or me this morning – I’d pick Charlie.)

Justin and I went to the pumpkin patch today. I had wanted to name Jason’s dog the above title, but he said, “Go to hell. Meet Bacon.” Pumpkin tribute it is.

This morning I also went to Urgent Care for a 3-day tummy ache. It’s not a tumor or a case of the babies so I’m okay. In lots of pain, but I’ll live.

Last night I was moaning about how I never have time for myself, and today was full of insane plans like ANOTHER Dad surgery and Thrill The World, but now I have to stay home and read my vampire stories.

This would be awesome except I had planned to nurse my wounds with an amazing block of Collier’s Powerful Welsh Cheddar… but I just checked my prescription and it says I’m not allowed to eat dairy. D’OH!

Today I learned about Turban Gourds – aka Super Mario Pumpkins!

Ideas I’ve Been Having 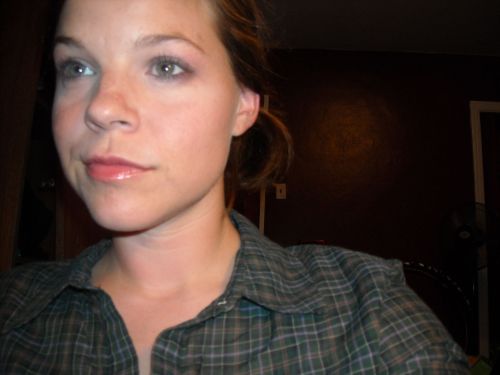 1. Saying “Cheese and Crackers” when I get angry. This flew out of my mouth – for absolutely no reason I can fathom – one night during traffic. I laughed so hard, I forgot what I was mad at. Jesus probably appreciated it, too. So we’ll give it a shot.

2. Starting a photo series called “Real Teens, Real Talk” where my friends sit backwards on a chair and look into the camera all serious. I’m trying to think of hilarious captions for everyone regarding STDs and drugs and stuff.

3. Since 11-8 is me and Justin’s Opposite Anniversary (actual is 8-11), I’m gonna make an opposite mix-tape full of amazing songs about terrible relationship, like “Suspicious Minds” by Elvis and “Cecelia” by Simon and Garfunkel. As Veronica says, “Of course you are. Of course.” Don’t tell him!

4. 3 Cheers for the Weirs. New raffle prizes include 2 cases of beer and Blues tickets. Last night someone at The Royale recognized me as “that girl throwing a concert for her parents.” I don’t know which is better: that this is how I introduced myself to my new city, or that my new city introduced themselves to me by being so eager to help. Anyways, I think Graham got drunk with Beatle Bob and invited him? My life has gotten so weird.

5. My Halloween costume, which, UGH I do not have time to work on at all. Right now I’m thinking Juice Box or something related to idea #2. Anybody know where I could quickly find a Looney Tunes t-shirt in 2009, besides Six Flags?