I never really watched Sex and The City before. I hated women who identified themselves as “a Carrie” or “a Samantha”, so I wanted no part of the phenomenon.

But Justin and I have access to HBO Go these days, so I figured, why the hell not? And I watched the whole series in about a month. Guess what, y’all? I’m a total Carrie! But Samantha is gross.

This week, Justin’s mom visited and brought along her foreign exchange student from Brazil, Milene. We wanted to entertain her, so we went to the Arch, the Fabulous Fox, Busch Stadium (her parents are huge baseball fans), City Garden, and the City Museum. We also gave her a tour of my work because she loves animals and she’s passionate about dog rescue. We ate at some of the best restaurants downtown: Kota, Rooster, Bailey’s Range, and the Old Spaghetti Factory.

We stopped by Mad Art Gallery so Justin’s mom could see where we’re going to get married. Justin and I walked to Laclede’s Landing today and took the long way to the grocery store because it was so gorgeous outside. And to top it off, I ran 5 miles yesterday and 5 miles today.

So, I earned the right to watch something dumb today, right?

TA/OA Confession #9: I watched the movie Sex and The City 2 in the bathtub*–and I liked it.

*The last half. My bathtub wouldn’t let me spend 150 minutes in there even if I wanted to. It’s not that bad if you pretend it’s just 5 episodes in a row. Also, I liked the feminist message of the movie, but I was just as horrified by Samantha as the men in the Arab Emirates. “Lawrence of My Labia”?  *shudder infinity*

Justin and I just finished Six Feet Under. It really is the best show ever. I’m so bummed that it’s over.

Kathy Bates’ character Bettina is basically my role model for life. In fact, remember when I wanted to be her before I knew she fictionally existed? And then Josh said the funniest thing he’s ever said to me (and he says funny things for a living)?

Anyway, if any of you guys get divorced in 20 years, please come live with me. I promise I’ll say sassy things and bake eggplant and help you rediscover life as we drink an assload of wine. Bettina 4ever. 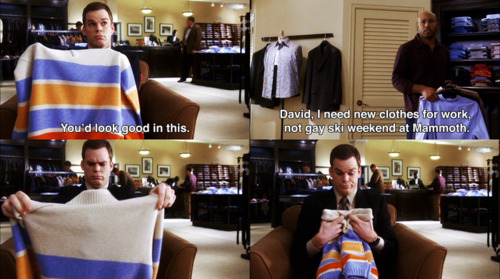 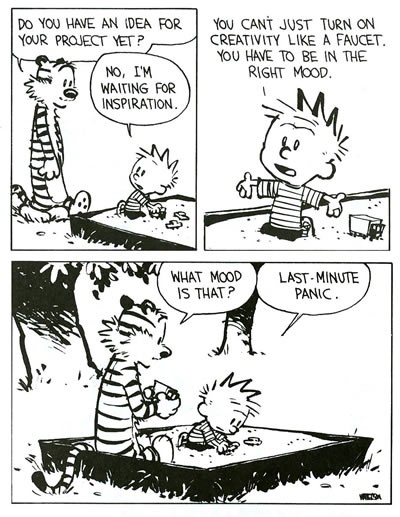 If you’re a writer, then you get this immediately… but you also know that before the last-minute panic comes endless procrastination, crippling doubt, and a minor nervous breakdown. I’m in that stage right now.

Lately Lifehacker has been posting all these mindhacks for creativity… and several posts have said that you are your most creative when you’re drunk and sleepy. Why, that’s how I spent my entire twenties!

Unfortunately, I’m kicking ass with the P90X and eating right, and I had enough of a boost of confidence this weekend to keep it up… and that means no drinking. Sorry, Stephie.

But, um, y’all I am really stuck and seriously stressing right now. So I guess the point of this post is really to (a) procrastinate and (b) convince myself that 9pm is too late to walk down to the general store for booze. On Monday night. In my pajamas.

P.S. It doesn’t help that my favorite place to write is in my papasan, which means I’m staring at a giant neon champagne bottle that pops on an endless loop: 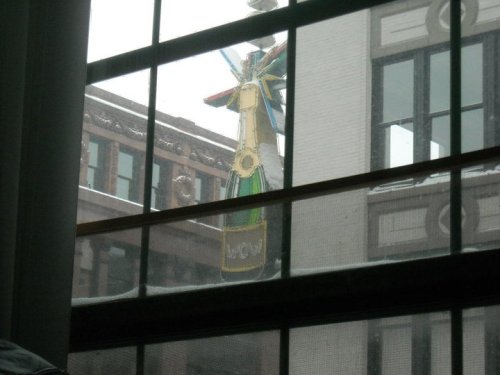 The Internet has earned a day off. Good God.

Seriously, my wedding reception is just going to be that song on repeat for 4 hours (except for the part where I make Erin dance to “Moves Like Jagger”). Does anyone know how to make this live on my iPod? I will bring my laptop to the Y if I have to, I swear. (UPDATE: Amanda made me an mp3! WOOO!)

I got Justin 12 Ways To Say I Love You from Rag & Bone. It just arrived last night so I’m writing it on my lunch break. Why give a hastily-written card when you can give a hastily-written book? If I had more time, I would make a flash drive mix to put in that teeny tiny envelope (his car has a USB port; jealous!), but oh well. Last year I just got him s’mores fixins. Valentine’s Day is so close to my birthday, the Superbowl and our half anniversary that by the time we get to it, we’re exhausted.

My valentine to all of you is more Tony Lucca, whom I am still swooning over:

Last night I watched The Grammys for the first time in years. Mostly out of curiosity for how they would react to Whitney Houston’s death, but also to support Robyn (she lost to Skrillex; don’t even get me started) and to keep up with some of my favorite people while they live-Tweeted the show. Because if there’s one thing Twitter is good for, it’s finally making awards shows fun to watch again.

HOWEVER, one thing that threw me for a loop was people’s reactions to Chipotle’s “Back to the Start”–people were reacting to it like they were seeing it for the first time! Are you guys kidding me? This video is 6 months old, and it blew up the Internet thanks to a gorgeous cover, sincere message, and awesome stop-motion animation with creatures made from a 3D printer. (Justin was virtually unfazed by the video til he learned that 3D printers are an actual thing.)

This is the first time I’ve ever said this, but I pity people who don’t work in advertising. We have been gaping at this thing for half a year. So here it is; no more excuses:

The Best Fever Killer Is Whitney 24/7

I’ve been getting better about not pigging out this month. I swapped out coffee for green tea at work (ginger green tea; normal green tea tastes like spinach), I’ve been making protein and fiber a priority at every meal, I’ve been rocking the kale chips, and if I get hungry at a weird time, I drink some water or go for a walk first.

I’ve been walking to work or running every day so that I can still eat like a normal person. I’ve only been to one party since I started making a conscious effort, and my P90X partner Jane was there to help me behave myself.

Other than that (or including that), life is pretty boring right now. Justin has had an awful fever for 3 days and his school/work schedule is literally about to kill him, so I’m taking care of him and myself today and that’s about it. Our 2 1/2 year anniversary was yesterday and we were going to celebrate with a Blondie’s brunch, but right now I’ll just settle for him being alive. It was really awesome to see all of my Napa friends at Kendra’s fun baby shower yesterday, though. I’ll be more interesting next time, haha.

Between the Breaking Bad finale featuring my Tio: 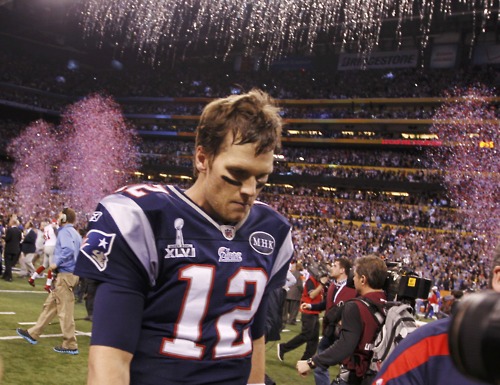 and my 3rd grade crush Tony Lucca (who took Felicity’s virginity IN REAL LIFE) showing up on The Voice:

and 9th grade b-fries Ty and Peter making me all sorts of BBQ goodies:

and being in crazy pain from Week 1 of P90X plus an 8 mile run today, I can’t even with today.

Okay, so I’m well into the P90X, so this month the goal is food. Specifically, stop eating all of it. There will still be food there tomorrow if you leave some, Stephie. Good grief.

It’s one thing to eat whatever you want when you’re running 7 miles a day. It’s another thing to eat all the food when you’re doing P90X, which burns like 300 calories, tops. And when your life mirrors a meme a little too closely: 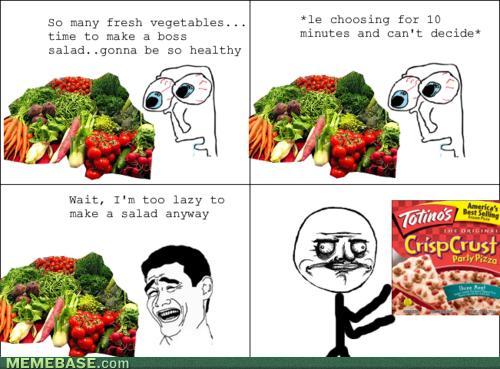 … then your life needs a little work. And a lot less Party Pizza.

Regarding the other goal, anyone who has had sleep issues will tell you that it is impossible to diet when you’re tired. I mean, your mental capacity is basically legally drunk at that point, and we all know how we eat when we’re drunk. Sleepless nights mean craving sugar, carbs and not giving a fuck.

I’ve been reading the Game of Thrones series (GAME OF THROOOOONES) on my Kindle at night and it’s been keeping me awake (GAME OF THROOOOONES) so it’s time to add a little sleep hygiene to my nightly routine. I would also love to run a few miles some mornings while I’m doing P90X, and I can’t really do that unless I get to the Y by 5:30 or 6.

So, sleeping and protien. Gonna be an exciting month, friends. I know you’re pumped for this.

P90X is going well. I was thrilled by how much my abs and back hurt after day 1. Plyo Day was something I’ve been warned about by everyone, but it’s like a tamer Insanity workout without the pushups, so I was fine. Today is normal freeweights, so I’m excited, though my 10 lb. dumbbells might not be heavy enough. We’ll see. Anyway, so far so good!