Sorry for the lack of posts; I am getting RILL sick of talking about myself.

7 more weeks of answering questions and harassing people and stressing about literally every worst case scenario, then an avalanche of Iceland pictures, and then hopefully I will get back to regular blogging about … home renovations? Recipes? Fertility? What the hell do married people blog about? (I keed, but really. Nothing will be as interesting as when I was single; sorry.)

My RSVP due date is aligning nicely with my PMS, resulting in some hilarious silent rage and borderline passive-aggressive texts on my end.

Meanwhile I have been doing a lot of “Blogging for Lazy People” aka Tumblr.* You can find me at secretlystephie.tumblr.com.

Mortified Monday update: I haven’t really lost weight but I’ve been noticing some serious Michelle Obama muscles on my arms and I actually wore size 6 skinny jeans without being run out of town with pitchforks. So maybe that “muscle weighs more than fat” thing isn’t just a lie that I tell myself when I’m fat? Anyway, these days I have enough teeth bleach and spray tan in my system to feel pretty in spite of my weight, so whatever.

*I don’t want to hear your sass, Erin; rebloggling is lay-zay.

Last weekend, my work friends and I threw a surprise 30th birthday party for our friend Ben. 90% of the hilarity that ensued is based on inside jokes or Breaking Bad humor (homemade blue rock candy, anyone?), but I need to tell you about Dave’s painting.

Dave and his wife hosted the party in their gorgeous new house, and he mentioned some of the things that he found in the move. Many of my co-workers have known each other for at least a decade, so when he mentioned the painting they all cracked up. But since Justin, Liz and I are a little new to the party, he told us the story.

Dave had a cleaning lady who would sometimes buy him strange presents. “But she wouldn’t give them to me; she would just put them on my mantel or nightstand.” When he would ask her about them, she would just say, “Oh, I thought that would look nice there.”

“Then,” Dave said, “She just started rearranging my furniture? Like full rooms. Without asking.”

“And then I guess I left some pictures of me laying around? Old ones,” he continued. “And then one day, she said, ‘I painted this for you.'” 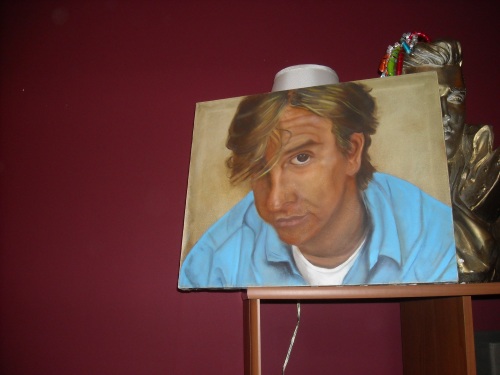 “AAAAAND that’s when I fired her.” 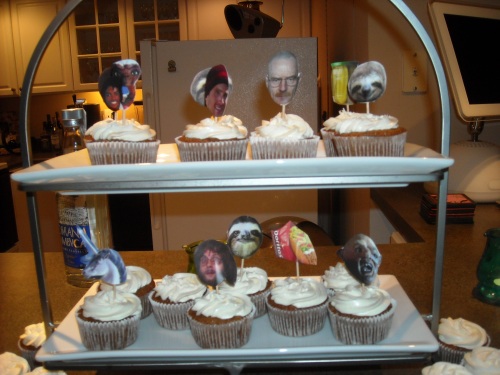 Things I Am Afraid Will Happen On My Wedding Day