We could only pick up Top 40 radio stations in the car, so we heard the same 10 songs over and over. Fortunately, this was the week that “Get Lucky” and “Blurred Lines” dropped. Mood Music!

On day 4,we headed back south. The fog was crazy! This is what a typical town in Iceland looks like:

And a typical rest stop? Look at this shit. We were walking to get lunch (and free wi-fi!) and I turned around and just started laughing.

Even the tiniest things are cute. It’s hard to tell in the picture below, but that green traffic light has a happy face on it. Justin told me that while I was sleeping, he drove through a speed radar and it displayed his over-the-limit speed along with a frowny-face.

This was a fun adventure day! All three stops were within an hour of our hotel, so we just did a nice little circle around the area. First stop, Kerið. This was a giant volcanic crater. Not much to do besides walk around it, but for Missouri and Indiana kids, it’s kinda neat. 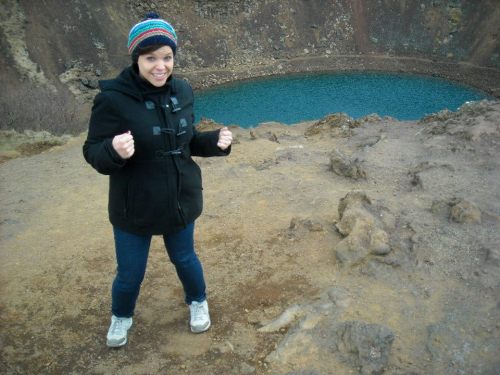 Up next? Motherfucking Gullfoss:

In pictures, it’s not as pretty as it is in the spring or winter, but in person it’s completely overwhelming. Above is the top of the waterfall. Here is how far down it goes: 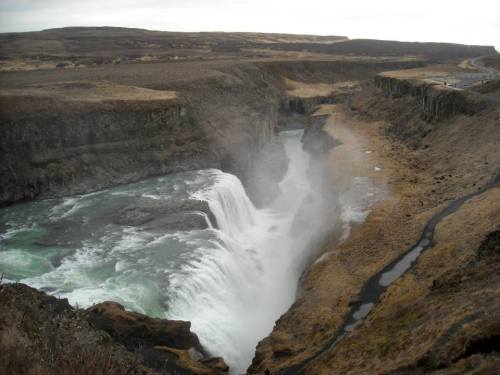 The craziest part is that they let you walk on the slick, flat rocks at the very top. This is where I would’ve died if I had worn my adorable yellow boots.

Our last stop was the Great Geysir, Strokkur. Not really picture-worthy, until the BOOM: 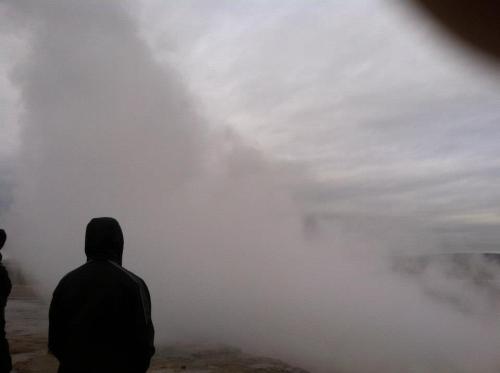 Strokkur was home to a great lodge that looked like a 60’s Howard Johnson’s, btw. Finally, we headed back to our hotel, Grimsborgir. Look who we found along the way! 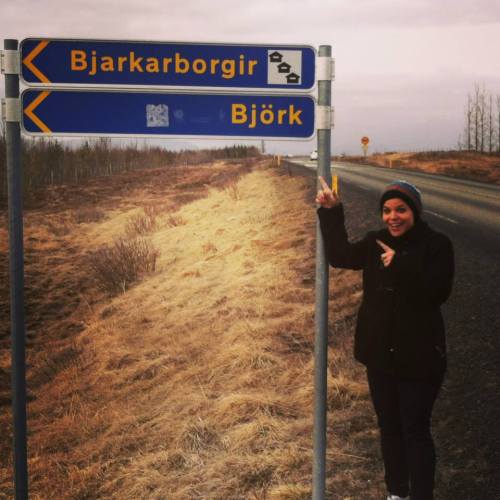 Grimsborgir was an absolute delight. This guy had a towel draped over his forearm almost every time we saw him. He was so nice! (That’s an autographed picture of Bill Cosby behind him.)

We didn’t just have our own room this night–we had our own little house!

With Stephie-sized showers! Yay! There was a hot tub outside, but it was right in front of someone else’s window.

This night was unforgettable because: Eurovision.

Eurovision is like American Idol except it’s the Olympics. Each European country picks one singer to compete, and then the entire continent votes. We were eating dinner in the hotel’s restaurant when the Icelandic artist sang. The whole room dropped everything they were doing to watch. “It’s Iceland!”, our host said, so proud and happy.

Every song in the competition had been playing on Top 40 radio for a while. We had no idea what was going on at first, so this one was extra confusing. Make sure you wait for the dubstep to kick in:

(If you’ve never been to Europe, the way you felt watching that clip is basically how Europe feels.)

The voting phase was really fun because each country’s version of Ryan Seacrest took turns reading their country’s polling results in broken English. After so many adventures, it was nice to relax and watch some monumental TV. But don’t worry, we did it the American way–by building our own couch:

FEATURED FOOD OF THE DAY: I didn’t eat anything that unique today, so here’s the paper I read while drinking some afternoon espressso: 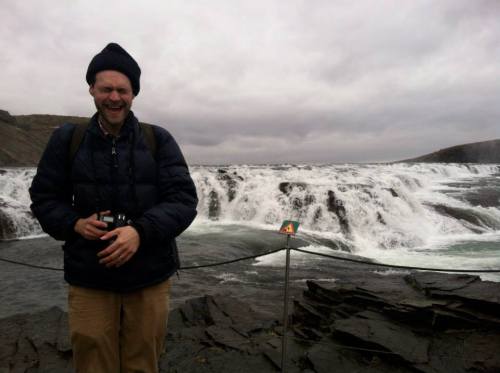