Today could best be described as The Day We Ate Iceland. Mood Music!

.
(The “blurred lines” are our stomach linings. In hindsight, I have no idea how we did this.)

First, I’ve mentioned the superiority of Iceland’s continental breakfasts many times, but this one was the best that we had. 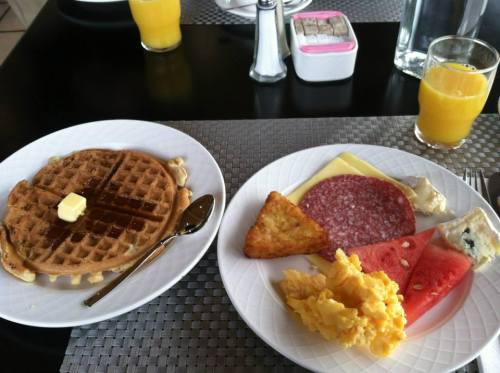 We left Rangá and headed back to Rekjavík. On the way, we stopped in a teeny, tiny town for some of their famous lobster. 300 grams of lobster, to be exact:

We wanted to go to the haunted house next door, but they were closed. So instead, we stopped by a craft collective. I browsed through tons of wool sweaters, lava jewelry, gnome ornaments, gnome everything, but nothing spoke to me.

Then I spotted a small room in the back with a stack of afghans in the corner. I picked one up and immediately fell in love. I was in the middle of talking myself out of it based on the price, but then Justin appeared next to me, glanced down and said, “That looks like you.” That settled it. 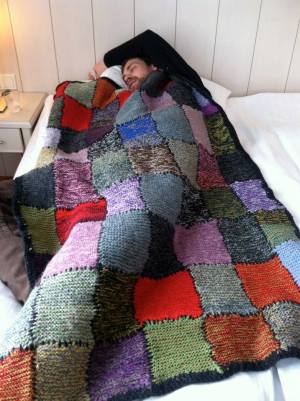 At the register, the woman told me that it was knitted by a 90 year-old lady in a nursing home! I told her to tell the lady that a couple on their honeymoon bought it, and they would treasure it for the rest of their lives together. Okay, I wasn’t that cheesy, but that’s how I felt. My Icelandic blanky is my favorite thing in the world.

When we got back to Reykjavík, Justin made us walk to Bæjarins Beztu Pylsur, aka “The Best Hot Dog in Town.” That’s right, the most famous restaurant in Iceland is a hot dog stand. Bill Clinton has been here!

On our journey, I noticed blue footprints painted on the sidewalk and followed them to this: 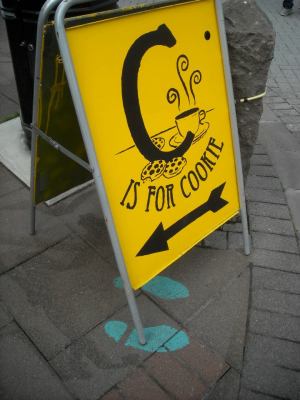 It looks cute, but we accidentally stumbled into the Portlandia of Iceland. The woman looked straight out of Reality Bites, nose-ring and all, and the dude had long blond dreadlocks and a resting bitchy face. They were not happy to see us, or anyone I think. This was a vegan cookie shop, which I didn’t realize until after I bought the cookie. Vegan food can be delicious, but this tasted like dirt. I threw it away after one bite.

For dinner, we went to a famous tapas restaurant! It was underground and so cozy!

We could have eaten a ton of weird stuff, including whale, elk and puffin, but I mostly stuck with lamb and some bacon-wrapped dates.

I knew I would love this place right away: 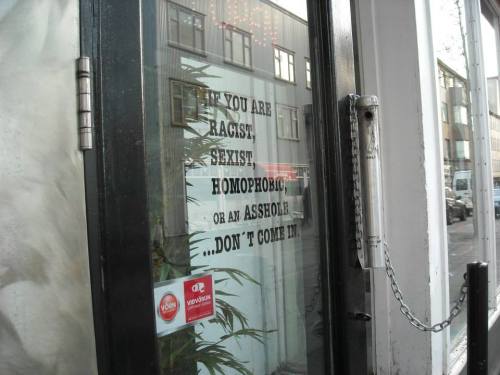 We ended up staying here past midnight, so I’ll talk about it next time!

FEATURED FOOD: baked goat cheese with honey. Don’t tell Justin but this was maybe the best orgasm of my honeymoon. (At the very least, it was a tie.) 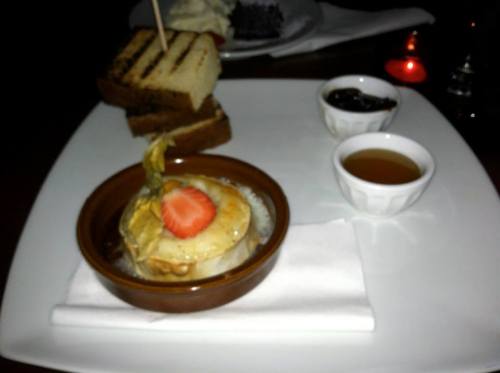 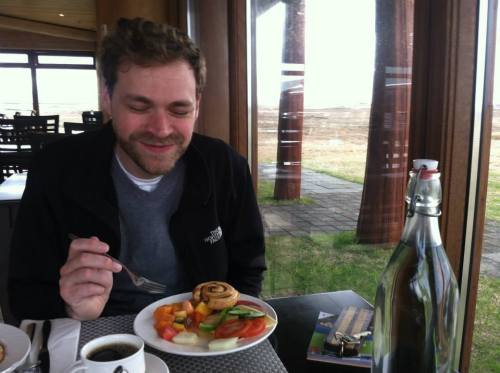 One response to “Iceland, Day 6”